April 2020 is going to be punk rock and BLUES ! Indeed, American band Handsome Jack and English one Henry’s Funeral Shoe will be touring in Europe at the same time, spreading blues vibes everywhere they’ll go.

First one is Handsome Jack, hailing from Lockport NY, they play a powerful and emotional fusion of boogie soul and rock n roll. On “Everything’s Gonna Be Alright” the trio digs deeper into its soulful influences, brilliantly bringing back to life the classic sounds of Chicago, Memphis and Muscle Shoals, all rolled into one timeless record of American rock music for a new generation.

Second one is called Henry’s Funeral Shoe and it’s from South Wales. The dexterous brothers have finally joined forces to create some of the loudest soulful rock’n’roll to come out the UK in a long time. Their brand new album ‘Smartphone Rabbit Hole’ is out since 21st September. Give it a try below :

The famous American post-punk band from Washington will be touring in the area next year ! After their dissolution in early 2000, and a quick reunion in 2013, The Make Up (Dischord Records) finally announced US and European Tour in 2017. Described as « highly energetic and participatory live shows », you gonna have to wait until 2020 to see these incredible performances in Europe. Get ready !

Ty Segall has announced new album « First Taste », out on Drag City Records, with exclusive track. The prolific Californian will be touring with Freedom Band in October for a Europe Residency Tour, check dates and ticket links below :

Your favorite garage blues band is back, can’t wait to see you again Left Lane Cruiser ! New album « Shake and Bake », out May 31st on Alive Naturalsound.

After « Phone », Tim Presley aka White Fence has released a black and white video clip for the track « Fog City » from his latest album « I Have to Feed Larry’s Hawk », out on Drag City Records.

As you already know, Death Valley Girls announced a massive tour within Europe and it starts next week ! France, Germany, Denmark, Switzerland, Netherlands, Belgium, UK : if you live in one of those countries, you will probably be able to catch them. 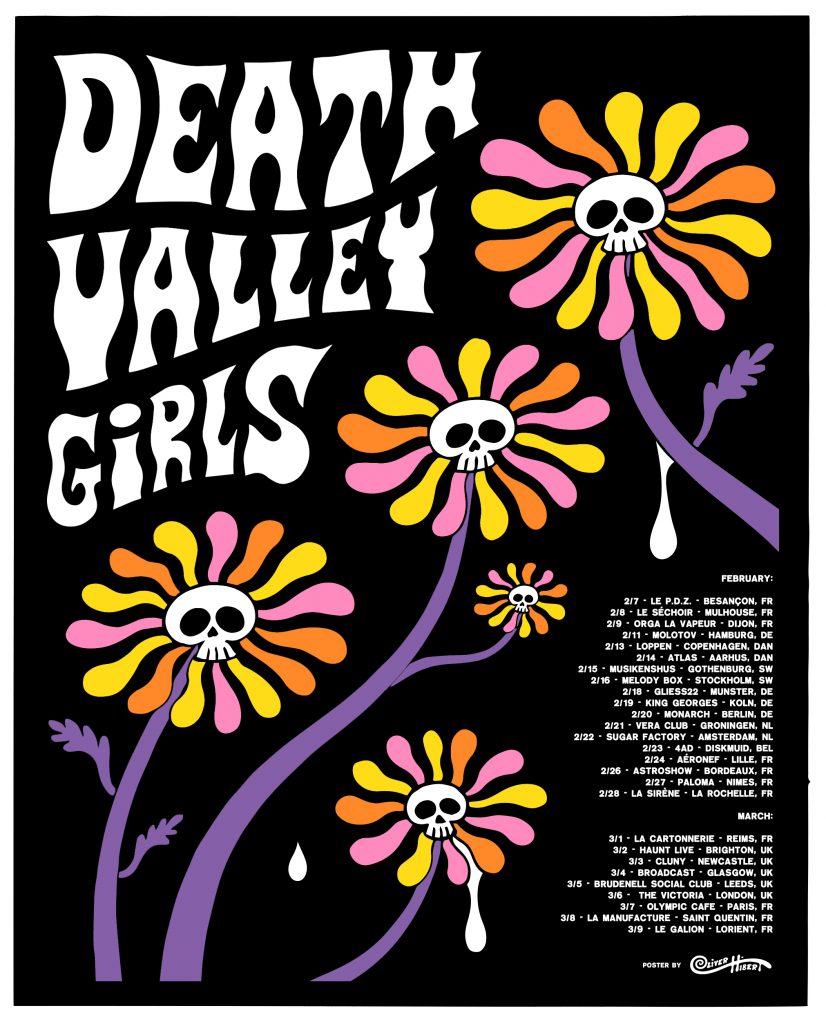