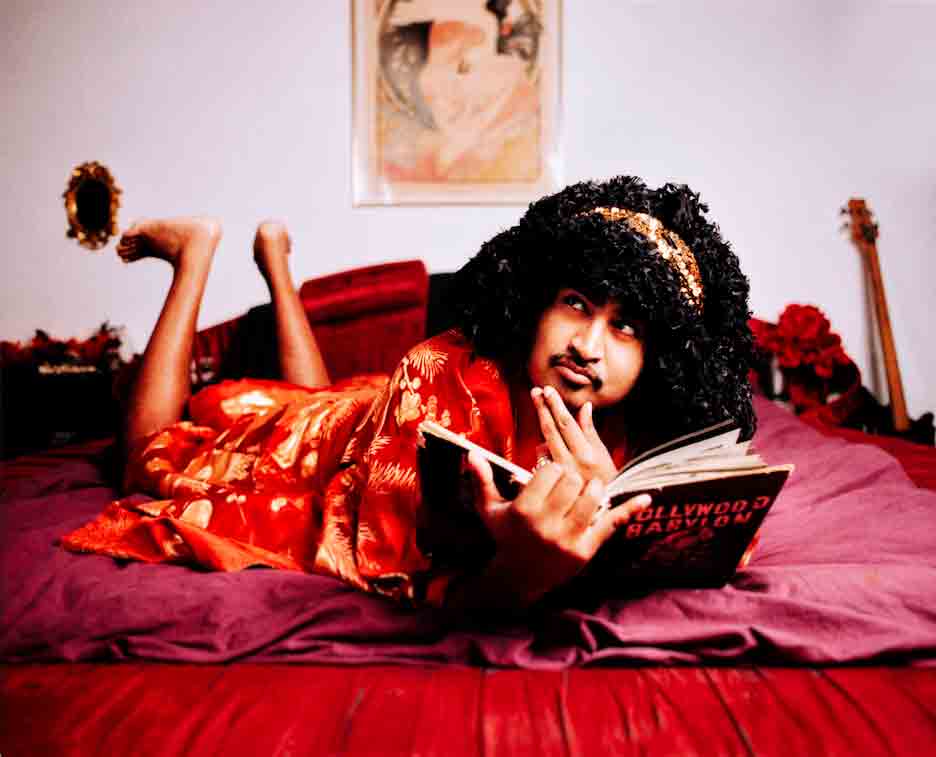 In 1999 King Khan, Aquarius and founder of the greatest cult phenomenon since the parting of the Milky Way, assembles the 8-piece band called The Shrines. Together they begin spreading their hypersexual gospel around the world, stunning Krauts and becoming notorious for being one of the most entertaining groups since the days of Ike & Tina. Dressed in their ceremonial duds, King Khan and the Shrines, are more than just a psychedelic soul revue, imagine Roky Erickson backed by the Sun Ra Arkestra or Wilson Pickett leading The Velvet Underground, wearing a golden cape that wraps around the world, a Bollywood James Brown reading his self-made tarot cards (WHO DOES THAT!?).

As the love child of Anubis and Kali, King Khan & The Shrines have pillaged countless stages around the world and are known to frequently drive audiences into a sweaty orgy. If musical salvation is what you need, if your soul is searching for true absolution, look no further….
Let King Khan & The Shrines come into your mind, body and soul to heal your every hurt. King Khan & The Shrines’ first album Three Hairs & You’re Mine was produced by Liam Watson, recorded in the legendary Toe Rag Studios in London and released on Voodoo Rhythm in 2002. A second full-length, Mr. Supernatural, followed in 2004.

Their greatest hits, aptly titled “The Supreme Genius of King Khan & The Shrines”‘ came out in 2008 on Vice Records and for the first time their music was widely available in the U.S. Since then King Khan & The Shrines have played at several notable festivals including ATP, Coachella, Sasquatch, Pitchfork and South By Southwest.

Furthermore King Khan was invited by Lou Reed and Laurie Anderson to perform at the Sydney Opera House as a part of the Vivid festival in 2010. In 2013 King Khan & The Shrines joined North American cult indie label Merge Records who released the groups 4th album called Idle No More.
The single „Darkness“, which, as King Khan says, is about the “ugly beasts that must be tamed inside of us all” and also his “attempt to do something as real as Nina Simone”, was premiered by none less than the New York Times.

If true or not, one thing is for sure : “King Khan is that fiery arrow shot into the night sky which no one knows how high or far it will travel, however we do know that as that fiery arrow streaks across the heavens, along the way its flames will light up dark places.” -John B. Smith founder of Memphis activist group The Invaders.