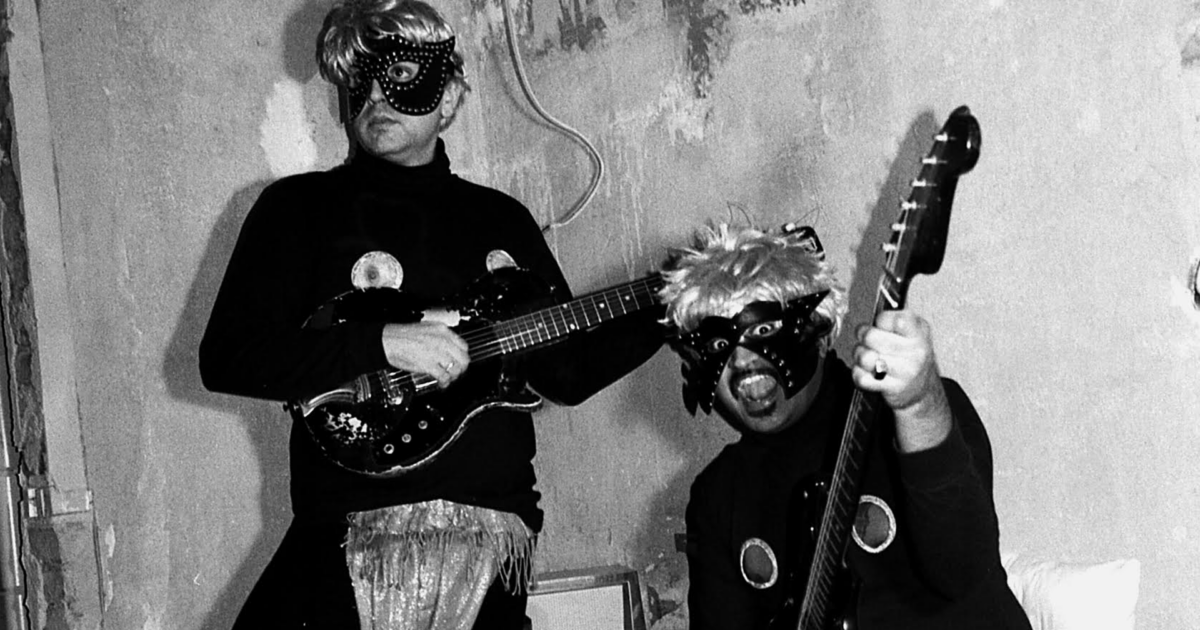 A Canadian garage rock duo tangentially based out of Montreal, Quebec, the King Khan & BBQ Show mix doo wop, punk, soul, and who knows what else into a loose, wild sound that is drenched in pure raw energy. The duo at the heart of things is Mark Sultan (BBQ) and Blacksnake (King Khan), both former bandmates in fellow Montreal band Spaceshits, which disbanded in 1999. Sultan started a new band (Les Sexareenos) before going solo in 2002, playing gigs as a one-man band under the name BBQ.

Blacksnake, meanwhile, had formed King Khan & His Shrines, and the two former bandmates met up and began writing songs together at Blacksnake’s home in Germany, venturing out to play the occasional show in Germany and Spain, with Blacksnake now billed as King Khan. A debut album by the duo, The King Khan & BBQ Show, was released in the United States on Goner Records and in Europe by Hazelwood Records in 2004. An international tour followed, with a second album, What’s for Dinner?, appearing on In the Red Records in 2006. A third album, Invisible Girl, emerged three years later in 2009, also on In the Red. In 2010 the band was selected by Laurie Anderson and Lou Reed to play as part of their curated festival Vivid Live, taking place at the Sydney Opera House in Australia. Following the show, the band announced a break-up, but were working on music together again by 2011. A few scant releases and semi-regular touring made up the majority of the band’s activity until the release of their fourth album, Bad News Boys, in early 2015.

We had to wait until 2022 to discover brand new single « Going Down » out via In The Red Recordings, just before touring in 2023.