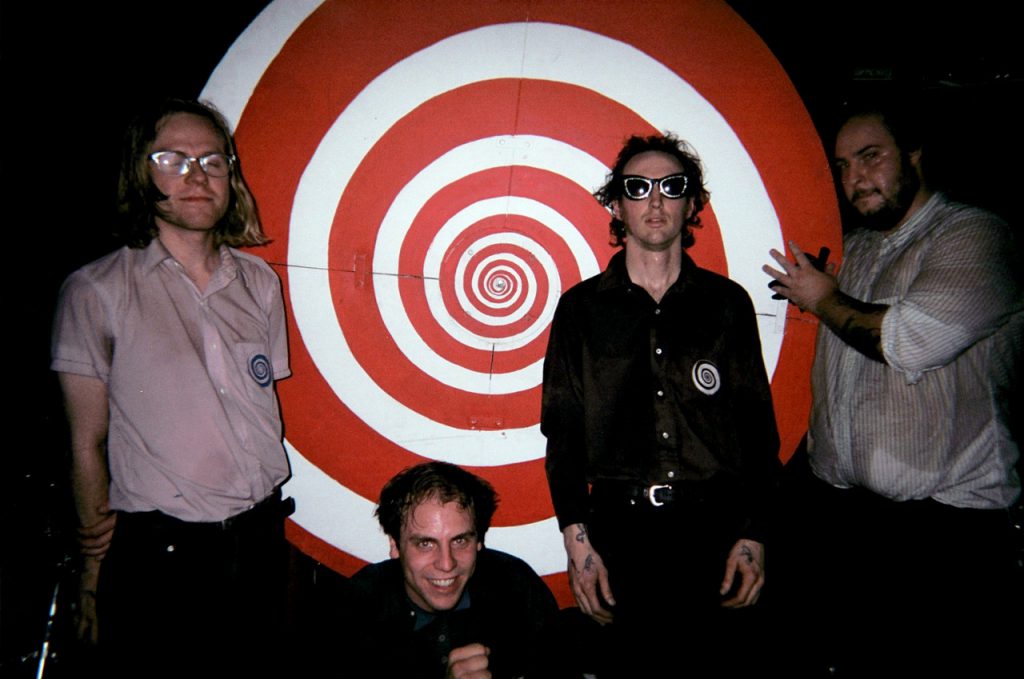 “The Minneapolis Uranium Club Band, or sometimes just Uranium Club, are a band from, yes, Minneapolis that can stop on a dime. They can then start right up again with catchy and twangy 80s new wave and 70s UK punk riffs.

It sounds like Wire but delivered with some Midwestern cheek. At times their 2015 album Human Exploration reminded me of Dow Jones and the Industrials with some Big Boys and DEVO vibes. Actually, it reminded me that the best punk rock comes from geeks in middle America.

The four-piece are back with “Who Made the Man?” an impressive new single on the great UK label Static Shock​ records.

While current buzz bands such as Lumpy and the Dumpers and Coneheads blast frantic and snotty punk rock, Uranium Club come with a more a minimal and agitated approach. On the new five-minute track vocals don’t kick in until later and when they do arrive they are snarled accusations such as, “You sold the junk, you killed the hunk, you paid the wage, you bought the cage, you tailored the suit but I make the loot”. It sounds part Marxist polemic and part Sunbelt Chemical Corporation employee handbook.”