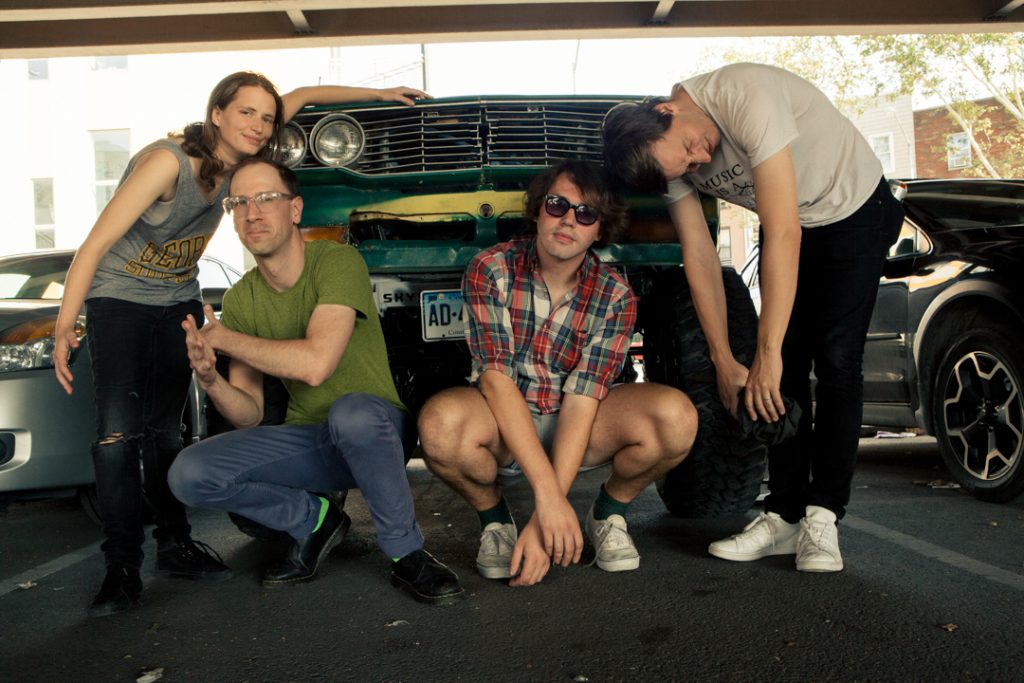 Tyvek have long stood as one of the more steadfast and dependable punk institutions of the
last decade. Each record has been great and improved on the one before it in some way
without ever struggling to reinvent or overwrite their past. Line-ups and life events shift but
the energy always come through as new and raw as it did on the first single. Existing as a
reliably sloppy and bright entity is part of what makes Tyvek’s fourth album Origin of What
something of a departure, if a cryptic one. All the familiar elements are in place and yet
there’s a pervasive darkness that binds these 12 strangely disjointed songs.
Working again with Fred Thomas who recorded their most recent LP, 2012 burner On Triple Beams,
members from the earliest incarnations of the band to it’s most recent showed up to various
sessions. While initial tracking was captured quickly on cassette four-track, far more extensive
editing, mixing and overdubbing ensued, resulting in a fragmented production style that slowly
disintigrates from the standard punker fare until it starts to resemble dub experimentation before it
decays even further.
While a cursory needle-drop doesn’t immediately point to huge evolutionary steps, a narrative of
increasing depth gets clearer as the record goes on. Unhinged blasts like “Tip to Tail”, “Can’t Exist”
and the expulsive “Into The Mire” have some strangeness and deviation audibly bubbling beneath
the surface, but the changes happening get clearer when the fury dies down. Pop-friendly “Girl on a
Bicycle” is a nonchalant ode to a person making use of the most efficient form of bipedal transport
— traffic droning past obnoxiously , the cut-up mix reflecting thoughts started at a red light and left
unfinished as the next obstacle requires a split second decision.
The darker edges of the album grow from there. The echoing, skeletal spider walk of “Gridlock”
creeps toward the darker edged pop that closes out side one and even the comforting familiarity of
well-travelled punk and rock riffs and quickly dissolves into the strange miasma of the title track.
The unsettled mood comes to a fever pitch with “Tyvek Chant”, a punk ripper of senseless
aggression in no-fidelity mono. The temperature thus broken, the nearly optimistic organ lines of
“Underwater Three” end the album on a strange note of calm, hinting that Tyvek’s future, like the
origin, is up for grabs.