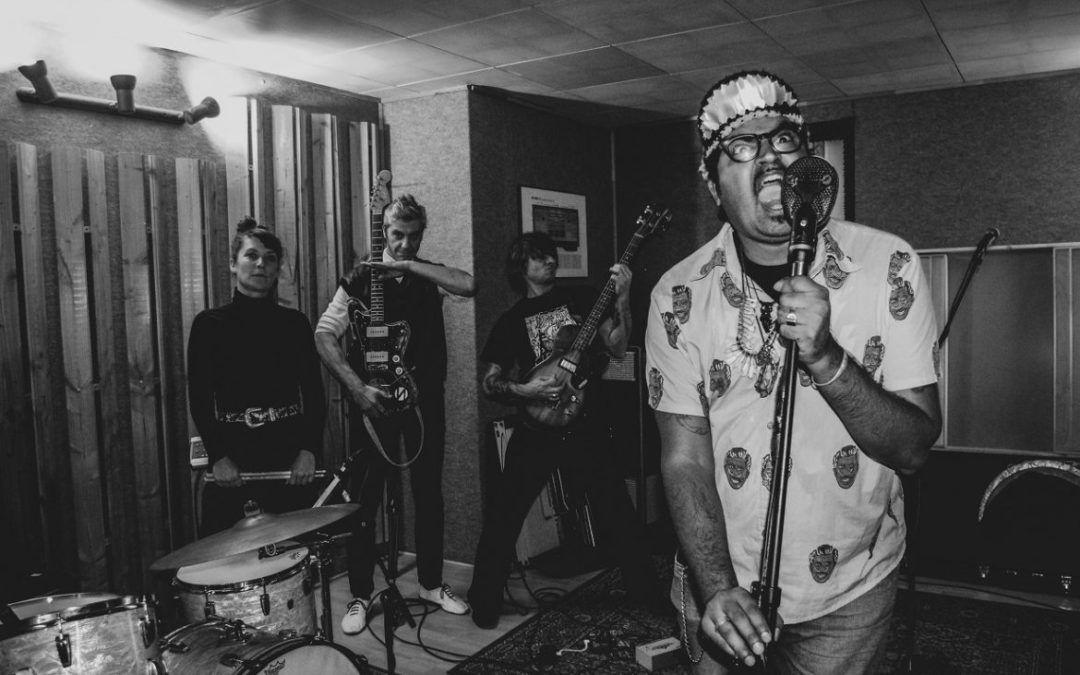 King Khan Unlimited is the latest pnuk band project of Canada’s wildest monarch King Khan. They are set to release their brand new album, Opiate Them Asses, on January 29 via Bargain Bin Records.

Featuring his majesty’s dream line up of Bordeaux’s finest rock‘n’roll lifers, The Magnetix and Fredovitch (from King Khan & The Shrines), King Khan Unlimited’s new slab of punk rock is chock full of stinging social critique delivered with wit and a wry smile. Their first single “Pigment of Your Imagination” tackles the complicated topic of pigment as related to the tidal wave of racism all over the world. “Pigment of Your Imagination” also features Eamon Sandwith from The Chats professing his love for, uh, Shea Butter amongst other things… 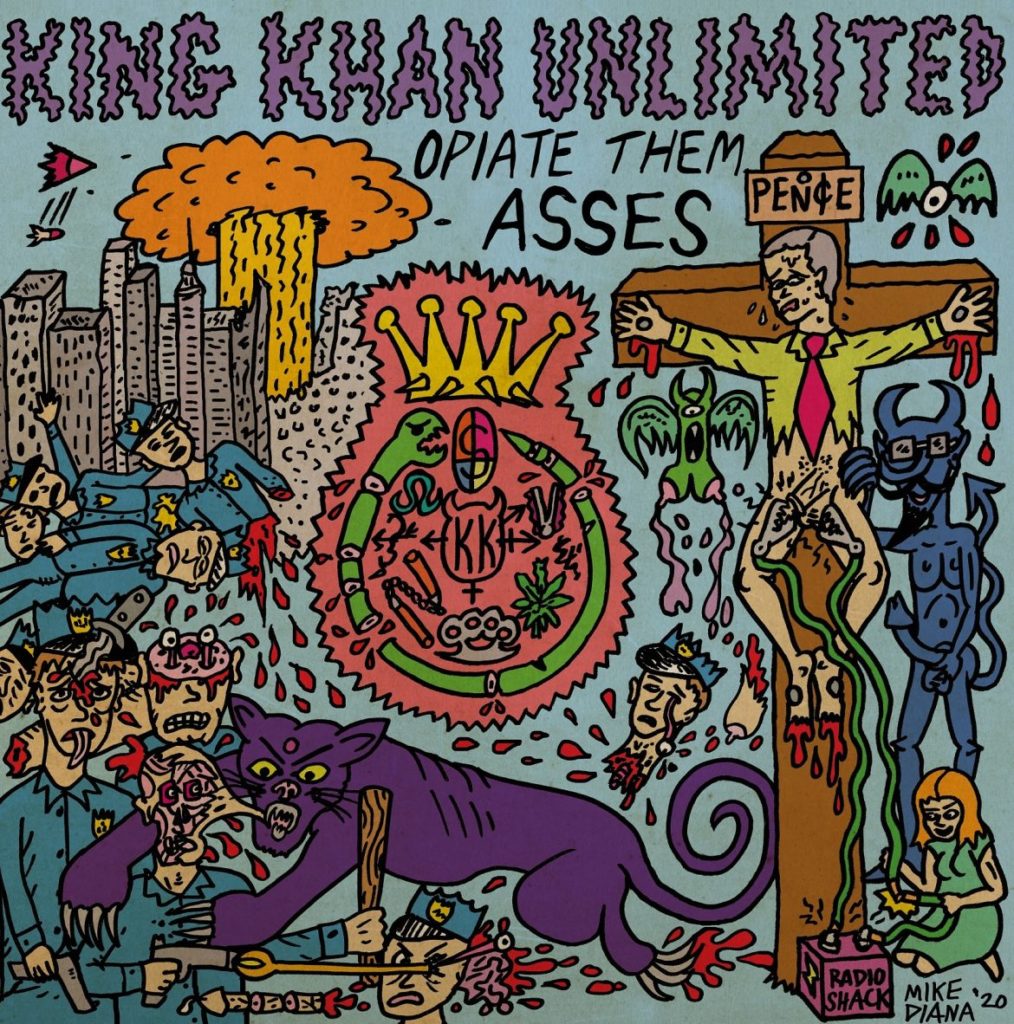 King Khan’s brand new incarnation is not simply a “slab of pure punk rock mayhem”. Their new album Opiate Them Asses addresses a smorgasbord of topics ranging from Vice President Mike Pence’s affinity for Gay Conversion through electrocution, the plague of Narcissism rotting the fabric of humanity, Al Capone’s Syphilis, the King’s problem of occasional bedwetting and the evils of Monsanto. King Khan not only shares his very poignant social criticisms but he wraps them around a very solid foundation of classic punk influenced by The Ramones, Dead Boys and Electric Eels.

Lately King Khan has teamed up with Malik Rahim, founding member of the Black Panther Party Louisiana Chapter and they have started the Just Insulin Initiative to build the Just Insulin House which will be a community centre in Algiers, New Orleans, where they will provide diabetes education alongside the doctors and healthcare professionals from the New Orleans Chapter of the Social Medecine Consortium. King Khan is also raising money reading his Black Power Tarot Cards and selling t-shirts for this cause.

Opiate Them Asses is not just a fun album, it’s a call to arms to the whole world and a plea for global solidarity towards the suffering. Not only does it ‘Opiate’ your mind, but also informs your ass to follow.