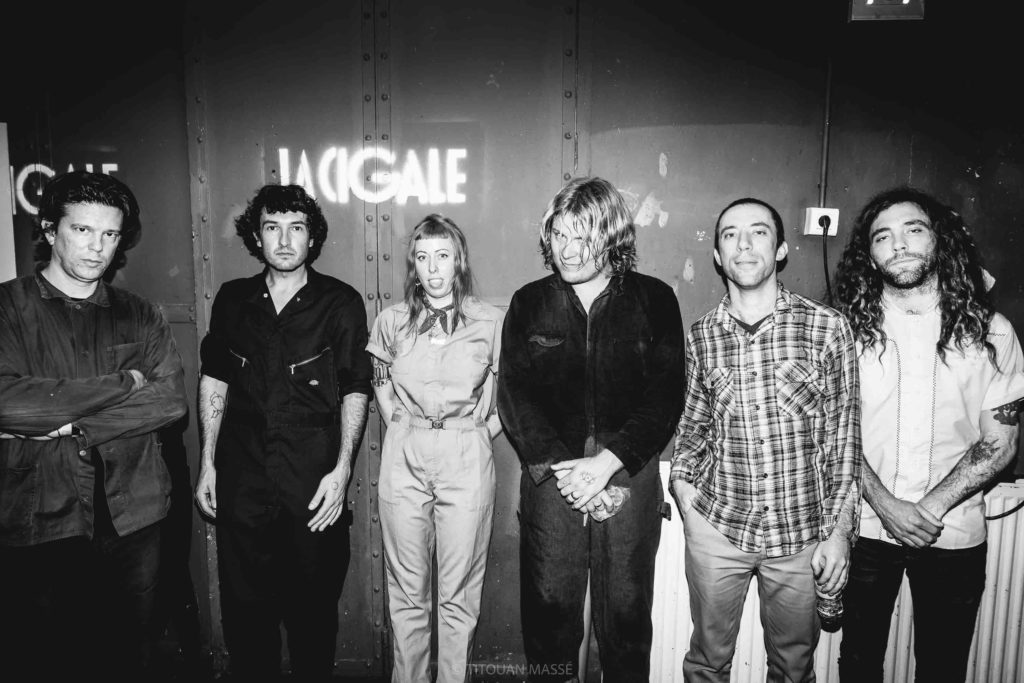 One of the leaders of the new psych-influenced garage rock scene that erupted in California in the late 2000s, Ty Segall has produced a catalog as prolific as it is diverse. Working as a solo act and in a number of side projects, Segall has released literally dozens of albums since he left the Epsilons and cut his first project on his own in 2008. Depending on the album, Segall can sound raw (2016’s Emotional Mugger) or refined (2013’s Sleeper), and he’s capable of focused one-man- band efforts (2009’s Lemons) as well as sprawling and eclectic releases with a range of collaborators (2018’s Freedom’s Goblin). But Segall’s simple but strong melodic frameworks, his creative restlessness, and the infectious intensity of his instrumental work on guitar and keys are the constants in his ever-evolving body of work.

Ty Segall first garnered public acclaim as the lead singer of Orange County, California garage rock revivalists the Epsilons. With that band, he practiced a rawer, snottier take on Strokes/Vines/White Stripes-style rock, occasionally delving into more retro territory. When that band splintered, he struck out on his own and started cranking out lo-fi albums, beginning with a self-titled effort on Castle Face in 2008. On his solo album Lemons, however, Segall delivered a much more traditional sound, studiously re-creating ’60s guitar tones and drenching his tracks in old-school reverb. The stomping results bore a striking resemblance to early garage masters such as the Sonics and the Standells, as well as proto-punks the Stooges and bedroom folk antecedent Alexander “Skip” Spence. He returned in 2010 with Melted.

The year 2011 was busy for him, with two albums — Live in Aisle Five and Goodbye Bread — scheduled for release, as well as an EP of T. Rex covers, Ty-Rex. Goodbye Bread marked a turn toward Segall’s softer side, evoking a John Lennon-like take on quieter and more introspective singer/songwriter fare. In 2012, Segall collaborated with Strange Boys’ offshoot White

Segall’s profile grew, and 2013 began with several reissues of previous projects, including a 2009 collaboration with Mikal Cronin entitled Reverse Shark Tank, as well as his earlier garage trio the Traditional Fools’ out of print 2008 debut. In 2013, Segall also released the debut album from his side project Fuzz, in which he played drums rather than guitar. Also in 2013, he showed off a new approach, recording a departure from the usual and titling it Sleeper — all of the songs were acoustic ballads. Not one to rest on his laurels, Segall returned to the studio to record the 17- track follow-up Manipulator in 2014, released by Drag City in August. A live concert by the Ty Segall Band at the San Francisco club the Rickshaw Stop was released in February 2015 as part of the Live in San Francisco album series from Castle Face. Another live recording of Segall and his band, preserving his set at the 2013 Pickathon Festival, was released in May 2015 as a split album with the garage/psych act King Tuff, who were also taped at the same event. The year 2015 also saw the arrival of the second Fuzz album, and an expanded reissue of the Ty-Rex EP.

Segall kept up his usual frantic pace the next year, releasing the Emotional Mugger album in January, then touring behind it extensively. He also formed the band Gøggs, with Fuzz’s Charles Moothart and Chris Shaw of Ex-Cult. They released a self-titled album in July. The next Ty Segall album was a self-titled effort in early 2017 on Drag City, recorded at Steve Albini’s studio and featuring a full band that included longtime collaborator Mikal Cronin and the Cairo

Gang’s Emmett Kelly on guitar and vocals. Well received, the album reached number ten on Billboard’s Top Independent Albums chart. In early 2018, the prolific Segall brought out Freedom’s Goblin, a 19-song album that reunited him with Albini, Cronin, and Kelly, while expanding his sound with the use of a horn section, then released Joy a few months later — a collaboration with old running mate White Fence on a batch of off-kilter psych rock songs. In October 2018, Segall dropped Fudge Sandwich, in which he put his own unique spin on 11 cover

tunes, interpreting artists ranging from Funkadelic to the Grateful Dead. The same month, he also brought out a low-key cassette-only release, Orange Rainbow, created in a run of just 55 copies for sale at a show of his visual art at a Los Angeles gallery. In January 2018, two live shows in Los Angeles on the tour supporting Freedom’s Goblin were recorded by Steve Albini. Highlights from the concerts were released in March 2019 on the album Deforming Lobes, credited to Ty Segall & Freedom Band. After indulgoing his rock side on most of his 2018 releases, Segall took a detour with First Taste, released in August 2019, which was more clearly informed by vintage pop and folk-rock sounds.

While stuck at home in 2020, he took the opportunity to record an EP of Harry Nilsson songs, which was released in March under the title Segall Smeagol. He also spent time recording with his usual band of cohorts (Cronin, Kelly, Moothart, and keyboardist Ben Boye), working separately for the most part. Denée Segall of Lamps also joined the session, writing and singing on two songs. The resulting Harmonizer was co-produced by Cooper Crain of Bitchin Bajas and is the first album done at Segall’s recently constructed Harmonizer Studios. The record is the cleanest, most synth-heavy entry in his catalog and was released by Drag City in August 2021.