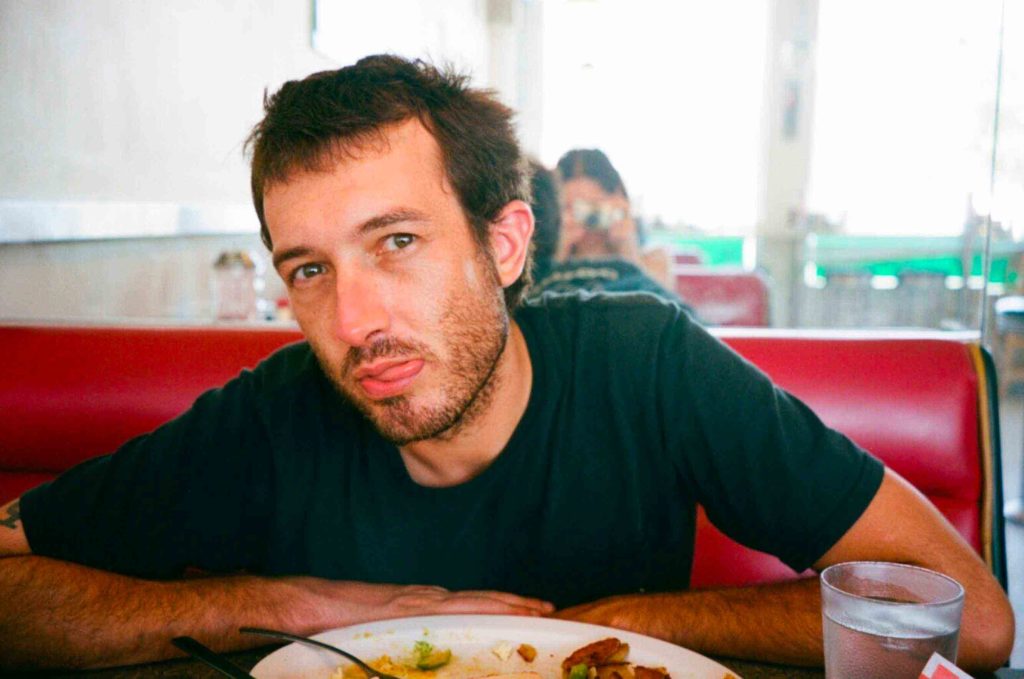 “Playing garage-accented pop that reveals more than a passing influence of indie rock from the 1980s and ’90s, Mikal Cronin was raised in Laguna Beach, California, where as a teenager he developed a passion for both surfing and rock & roll. While attending Laguna Beach High School, he fell in with a handful of like-minded music fans and formed a band that played local parties. Cronin left California for a few years to attend Lewis & Clark College in Portland, Oregon, but returned to continue his education at the California Institute of the Arts. While attending CIA, he joined the surf-influenced garage band Charlie & the Moonhearts as bassist; they became simply the Moonhearts after the departure of drummer Charlie Moothart, and in 2010 the band released a self-titled album through Tic Tac Totally Records. Cronin also began collaborating regularly with Ty Segall, releasing a collaborative album, Reverse Shark Attack, in 2009 and playing in Segall’s road band.

We had the chance to discover many of his good records since 2010, and the last one was released on the label Famous class .

His first solo album began as therapy after finally completing college and making his way into the real world; full of noisy pop and garage influences, the self-titled LP (featuring guest appearances by Segall, Moothart, and John Dwyer of Thee Oh Sees) was issued by Trouble in Mind Records in September 2011. While still playing with Segall, he released a second solo album, MCII, for Merge in the spring of 2013. He embarked on a solo tour after that, taking time during 2014 to write and record his third album. Adding some new instruments to the fold, including the traditional Greek instrument the tzouras, and making a concerted effort to make his sound “bigger,” the album was split into halves, with one side straight-ahead pop songs and the other a thematically linked set of songs meant to tell Cronin‘s coming of age story. The record, titled MCIII, was released by Merge in the spring of 2015. After touring, Cronin devoted most of his muical time to playing with Ty Segall‘s live band and appearing on three of his friend’s albums, 2016’s Emotional Mugger, 2017’s Ty Segall, and 2018’s Freedom’s Goblin. When he turned back to his on music, he spent a month in a cabin located in Idyllwild, California battling writer’s block and detialing recent heartbreak. Whne he was chased out of the hills by wildfire, he headed to the studio with Jason Quever of Papercuts to start recording. Backed by Segall‘s Freedom band and inspired by the Beatles’ White Album, Seeker was Cronin‘s first album that bore no traces of garage rock or power pop, instead delving deeply into classic rock sounds. It was issued by Merge in October of 2019.”

In 2019, he is finally back ! On October 25, Mikal Cronin released Seeker on Merge Records, his fourth and finest full-length to date. Recorded live with a crew of close friends and engineer Jason Quever at Palmetto Studios in Los Angeles, it finds Cronin pushing his often devastating power pop into darker territory.

“Fire—specifically its cycle of purging and reseeding the landscape—is a central theme to the record. Death and rebirth,” says Mikal. “I was looking for something: answers, direction, peace. I am the seeker.”