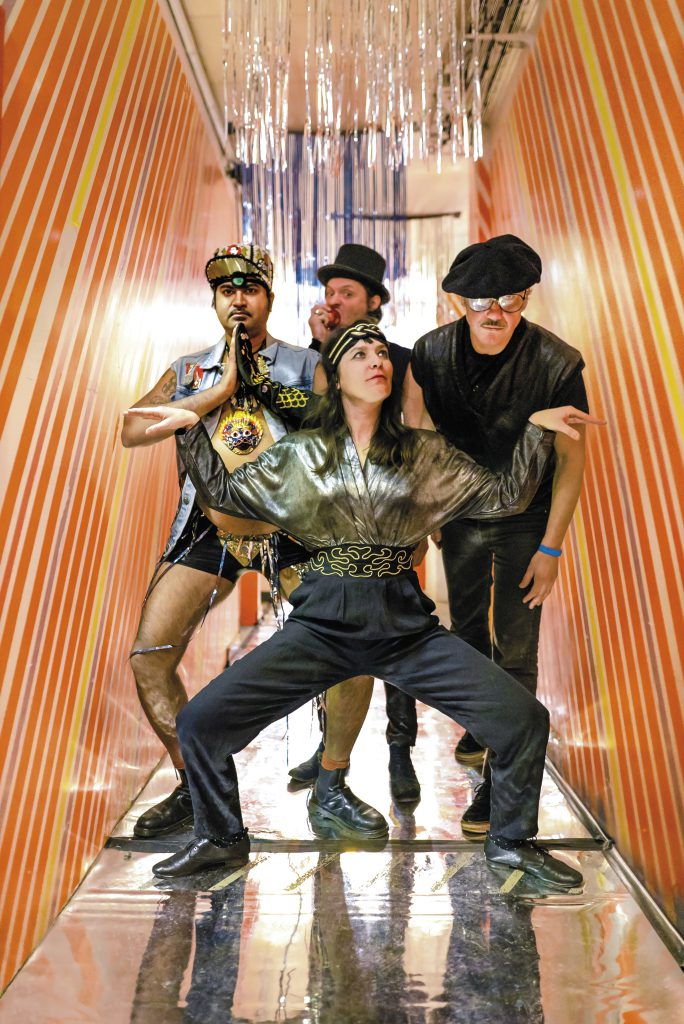 For almost 15 years King Khan has been collaborating with America’s favourite punk rock legends, The Spits. Sean Spits and King Khan had a vision to make a giant punk rock family collective from all around the world and have recruited only the finest people for this all-star punk rock royalty band. From Bordeaux, France, Looch Vibrato of Magnetix on guitar, Remy Pablo of Weird Omen/Escobar/NoFear on drums, and the amazing Fredovitch (of the Shrines) on Bass and last but not least the greatest showman since Eddie Murphy… King Khan on the mic.

Featuring his majesty’s dream line up of Bordeaux’s finest rock‘n’roll lifers, The Magnetix and Fredovitch (from King Khan & The Shrines), King Khan Unlimited’s new slab of punk rock is chock full of stinging social critique delivered with wit and a wry smile. Their first single “Pigment of Your Imagination” tackles the complicated topic of pigment as related to the tidal wave of racism all over the world. “Pigment of Your Imagination” also features Eamon Sandwith from The

Chats professing his love for, uh, Shea Butter amongst other things…