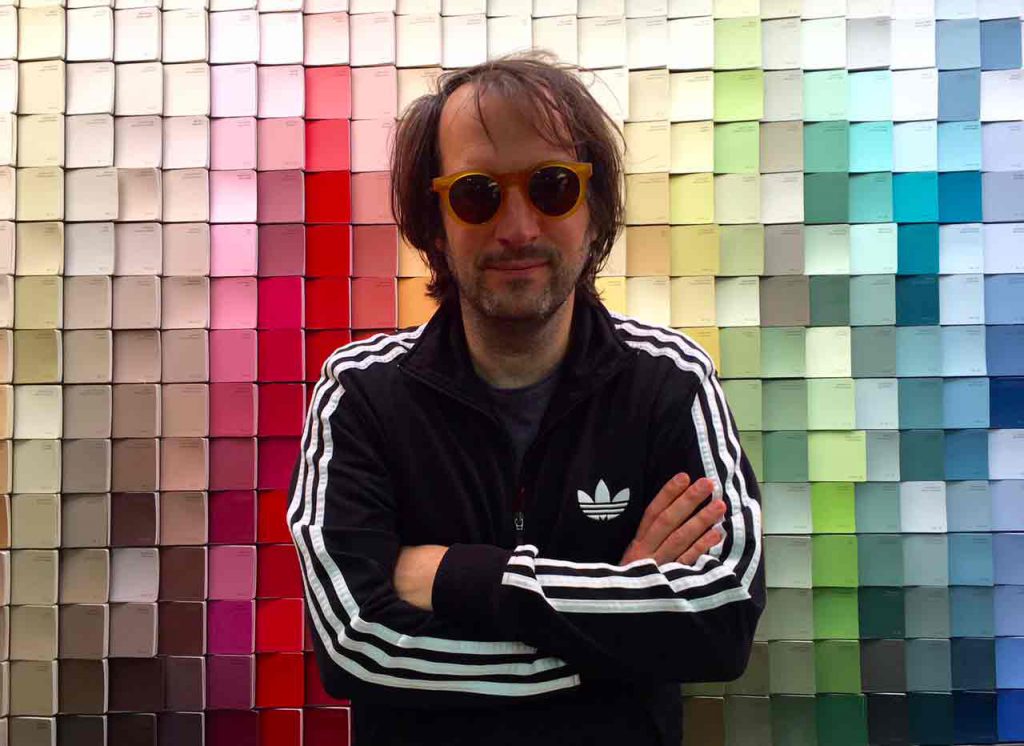 Singer/songwriter Kelley Stoltz grew up in the Detroit area, but eventually found his way to San Francisco after taking a detour to New York City, where he worked in the mailroom at Jeff Buckley’s management company. Armed with a four-track recorder and a wealth of lo-fi pop songs, Stoltz began recording his own material, performing all the parts himself and drawing comparisons to artists like Brian Wilson and Captain Beefheart. Those songs caught the ear of Monte Vallier, who helped Stoltz clean up and sweeten the recordings for release as The Past Was Faster in 1999. After that, Stoltz upgraded to an eight-track and self-released Antique Glow in a limited quantity of 200 vinyl copies, each one housed in a different, originally designed sleeve by Stoltz himself. Antique Glow was then picked up by Jackpine Social Club for wider release in 2003, which both raised his profile and allowed him to quit his teaching job.

Stoltz found a more permanent home for his music in 2005, when he signed with Sub Pop and released the Sun Comes Through EP. A full-length album, Below the Branches, followed in March 2006. Stolz’s band toured that summer as the opening act for the Raconteurs and returned to the studio in 2008 to record his lushest production yet, Circular Sounds. Two years later, he toured with Echo & the Bunnymen and released another layered pop album, To Dreamers, which featured his live band on two tracks. His affiliation with Sub Pop having run its course, Stoltz next spent time behind the scenes as a member of Sonny & the Sunsets and producing albums for the Mantles and Tim Cohen. He returned in 2013 with an album for Third Man called Double Exposure. In 2015, Stoltz found a new sponsor in Castle Face Records, the label founded by John Dwyer of Thee Oh Sees. They released In Triangle Time, a set of songs that blended Stoltz’ love of the music of the ’60s and ’80s, in early November 2015. That same year he collaborated with Sarah Bethe Nelson on her record Fast Moving Clouds. His next musical move came as a bit of a surprise to anyone who didn’t know that Stoltz recorded a song-by-song recreation of Echo & the Bunnymen’s Crocodiles album in 2001 or that he once had a Echo cover band with Spiral Stairs called Crockodials. In 2016, he joined the Bunnymen as a touring guitarist, playing the songs he grew up loving. That ’80s influence became even more evident on Stoltz’ next album for Castle Face, 2017’s Que Aura.~ Sean Westergaard

Kelley Stoltz enters his 20th year in the record business with the release of his 10th full length album, “My Regime”. This will be his second release for the Spanish label Banana & Louie after prior albums on Castleface, Third Man Records and Sub Pop. A longtime DIY home recording multi instrumentalist, Stoltz again engineers, mixes and plays all the instruments on the album and his unique brand of “60’s/80’s” pop, garage-rock and folk sounds seem to have gotten better with age. Less a household name, more a word of mouth survivor, Stoltz continues to make records that are consistently listed in year end best of affairs with Mojo, Uncut and others.

“My Regime” was recorded during an emotional year that saw him get engaged to marry, his father pass away and his tenure as rhythm guitarist with longtime heroes Echo & the Bunnymen come to an end. Jovial and reflective moods ensued and were put to tape by Stoltz in his Electric Duck Studios at home in San Francisco.

The first single “Turning Into You” ponders the delight and soul connections of love, while “2020” asks “have you got what you need to ride it out… I wish I could see peace in 2020”, in reference to the chaotic politics at home. “Fire on Fire” written with his Dad on his mind, and is a big beat slow burner reminiscent of the Church’s “Starfish” years.

The reedition of his album “Antique Glow” was released in 2021.