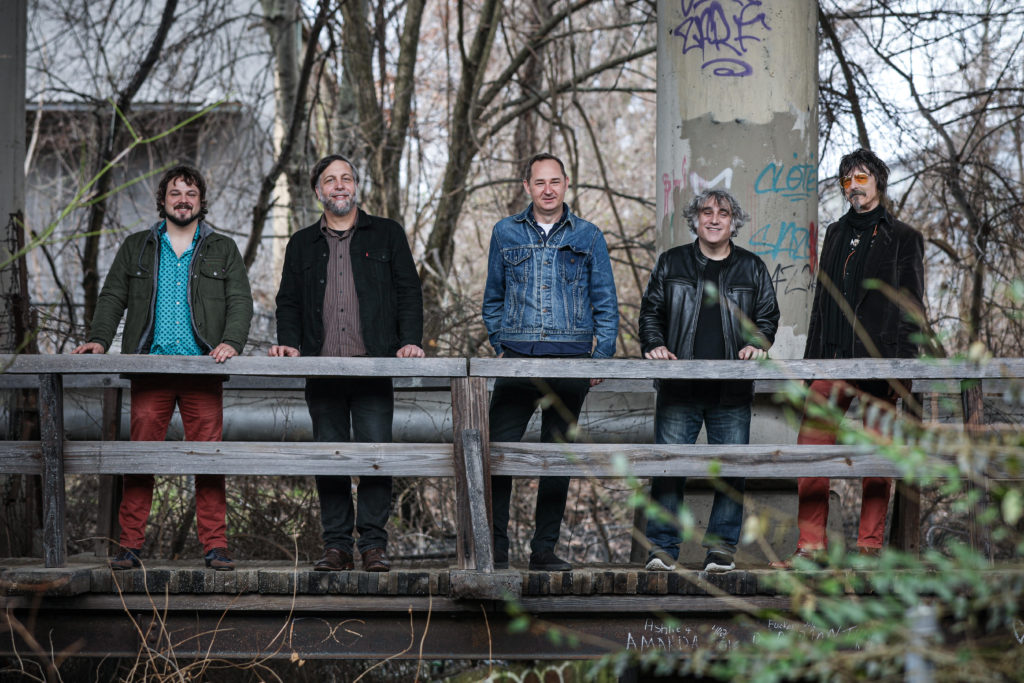 The band’s principal songwriter/member is Greg Cartwright, who’s been leading the shifting cast of characters since 2001. You may be familiar with some of the band’s work, as this album is preceded by five studio efforts as well as numerous EPs and live records.

Or perhaps some of Greg’s other projects have been on your musical radar: The Oblivians, Parting Gifts, Compulsive Gamblers, 68 Comeback, Deadly Snakes, Detroit Cobras.

Regardless, as far as Reigning Sound is concerned, this is as good a place to start as any because through many line-up changes and mood swings, the central, constant feature is the way Greg writes songs.

Dave proved to be key in putting together the current line-up as well. About three years ago, Greg was asked to make a promotional EP for Scion. Recordings were set to take place in Nashville where he had lined up two local friends to round out the band, but as fate would have it, both had to bow out at the last minute. Luckily, Mike Catanese, Benny Trokan, and Mikey Post—Dave Amels’ bandmates in Brooklyn soul group The Jay Vons—were up for the task. The four flew to Nashville, learned the songs, and recorded them with Greg in a couple of days. Thus was born the group that you hear on “Shattered.” They’ve been touring and playing together ever since, and Shattered proves that the musical union is both exciting and consistent for fans of Cartwright’s songwriting.

The album was recorded at Daptone’s Brooklyn studio (where drummer Mikey works in the office) and masterfully engineered by Wayne Gordon. The recordings are warm and punchy, a mixed bag of rockers, ballads, and something in between. There are only 11 songs on the album, but the band reckons it’s just right.