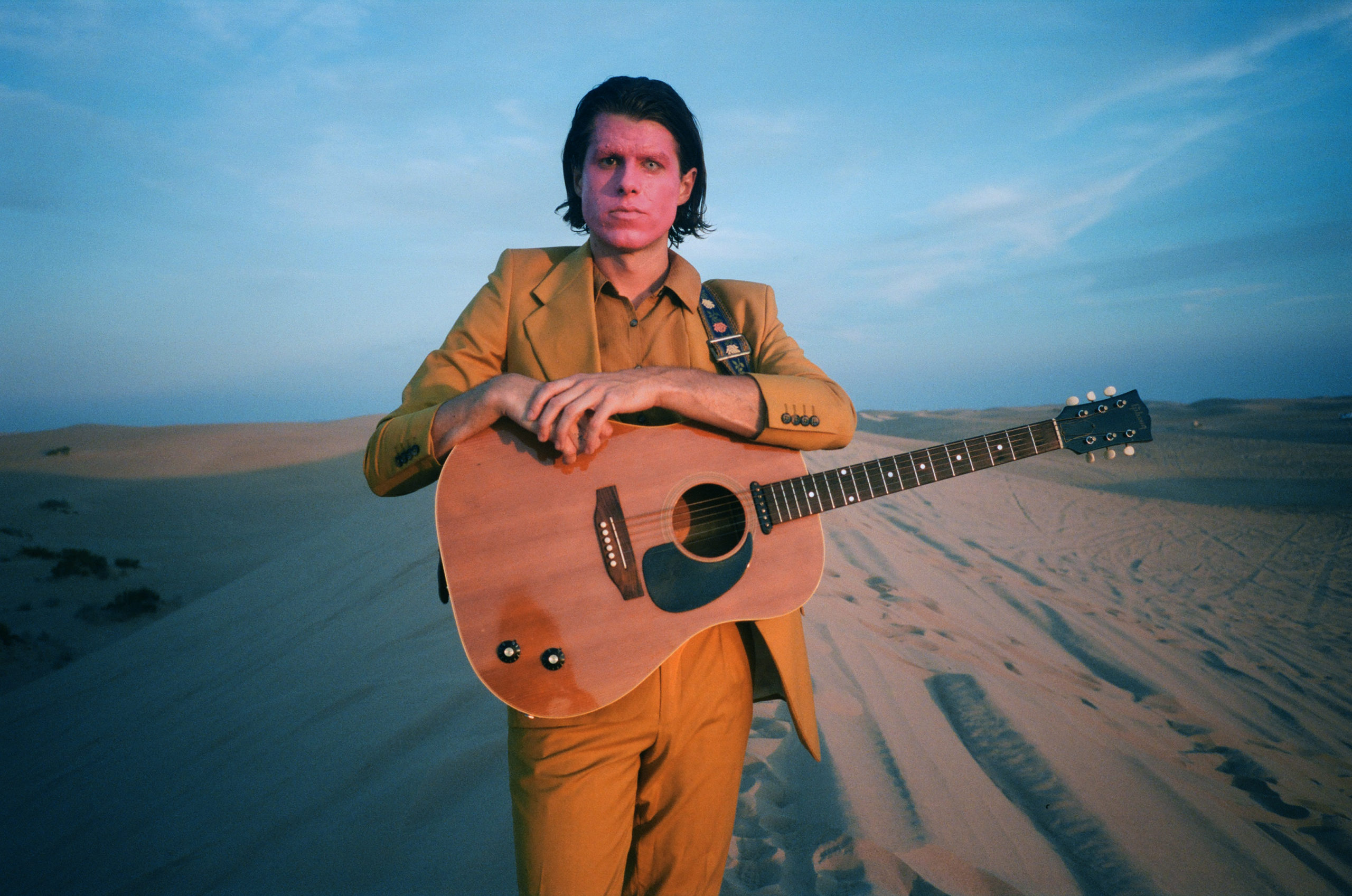 Lingering at the remains of a campfire before dawn, with the politics of the personal burnt into ash, running his stick through what’s left, Wand singer/guitarist Cory Hanson is reflecting on a series of moments in which he steps farther into himself, finding the ultimate big sky country on the inside of his skull. It’s a combination of songs and sounds that journey through bleak and broken territory and places of sweet, lush remove, and it adds up to the best record he’s been involved in yet: his second solo album, Pale Horse Rider.

Cory’s first solo, The Unborn Capitalist From Limbo, was an intense affair, a grand experiment that pro- duced inspiring, unconven- tional music — but this time around, he wanted to breathe a bit easier, to feel that breath in the music as well. So he and his band drove out to the desert to record in a low-stress environment : Brian Harris’ Cactopia, a house surrounded by 6-foot tall sculptural psychotropic cacti.

They built a studio inside and then they made music and lived off pots of coffee and chili and cases of Miller High Life as they played guitars, bass, keyboards and drums in what seemed increasingly like a living biomech, their tech made out of fungal networks and cacti needles.
It was loose and flowed onto tape well. Recorded by Robbie Cody and Zac Hernandez (who assisted on Wand’s Laughing Matter), the sounds were great from the get-go. First takes were mostly best takes. Fueled with DNA lifted from country-rock cut with native psych and prog strands, Cory guided his craft toward the cosmic side of the high- way, a benevolent alien in ambient fields hazy with heat and synths, early morning fog and space echo spreading the harmonies wide.

Pale Horse Rider’s got a lot to get out of its mind, looking around and seeing that, on the surface, things don’t always look like much. A lifelong Californian, Cory’s naturally found himself standing to the left of most of the country. The west may be only what you make it; these days, the road- side view looks exceptionally sunbleached and left behind.
Pale Horse Rider eyes the city, the country and the fragile environment that holds them both in its hands — a record as much about Los Angeles as it can be with it’s back to the town and the sun in its eyes; as much about nostalgia as new music can be with the apocalypse over the next rise…
On Pale Horse Rider, Cory Hanson moves ceaselessly forward.

The old myths weave and waft, the shadows of tombstones flickering in the mirages and the light that lies dead ahead.