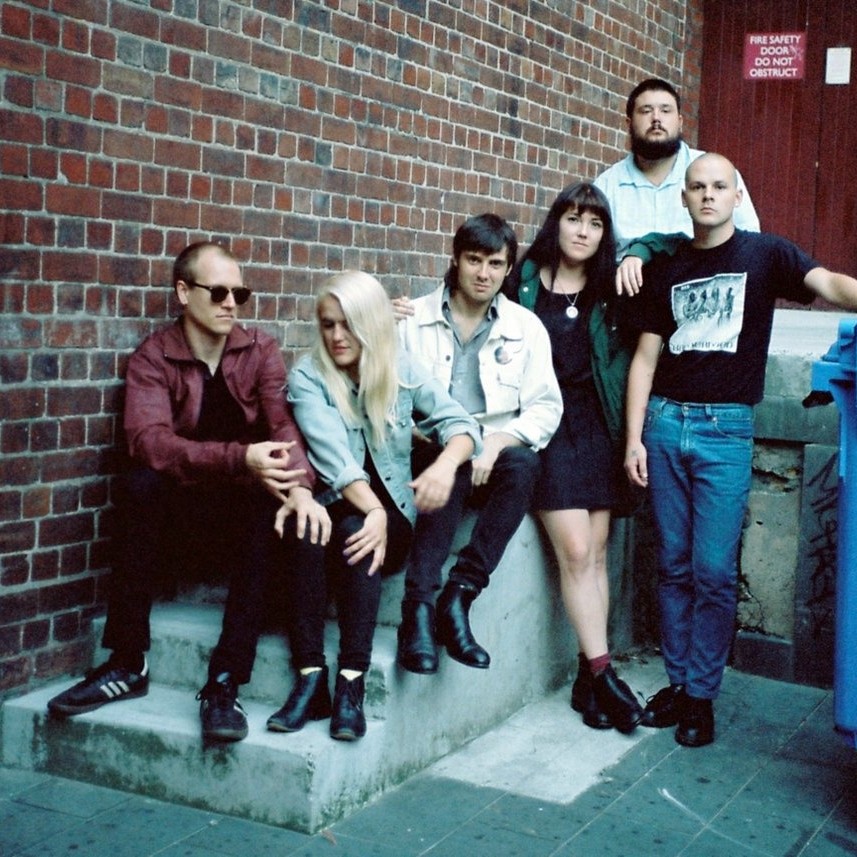 Describing their music as “avant-tard” and “idiot savant punk rock,” the UV Race are an Australian outfit whose music combines the structural trappings of garage punk with a purposefully off-kilter attack that fits somewhere between deliberate primitivism and art-damaged provocation. Formed in Melbourne in 2007, the UV Race features guitarist Alistair Montfort, singer Marcus Rechsteiner, Alex Glazov on keyboards, Georgia Rose on sax and harmonica, Moses Williams on bass, and drummer Dan Stewart. The group played its first show in July 2007 and released a demo on cassette later that same year, with the UV Race displaying a lasting affinity for the lo-fi analog format. After a handful of cassette-only releases, the UV Race moved up to vinyl in mid-2008 with their first 7″, “Lego Man,” issued by the Aussie indie label Aarght Records. Aarght also put out the band’s next release, a split-live cassette with Eddy Current Suppression Ring; Mikey Young of ECSR was an early booster of UV Race and has produced most of their recordings. A second 7″, “Malaria,” was issued by American indie imprint SS Records in July 2009, and the group’s first full-length album appeared later the same year on Aarght; originally distributed only on cassette, it was later reissued on CD and LP. In 2010, UV Race toured the United States for the first time (the itinerary included a stop at that year’s Gonerfest in Memphis, Tennessee), and another 7″, “I Hate You,” appeared on the Fashionable Idiots label in the fall. In early 2011, yet another 7″, “Acid Trip,” hit the racks via Sweet Rot Records, and noted American garage punk label In the Red Records released UV Race‘s second album, Homo, in late March the same year. Their next project was filming and recording the soundtrack for a film, Autonomy and Deliberation. It was released in November of 2012, roughly the same time as their next studio album, Racism.