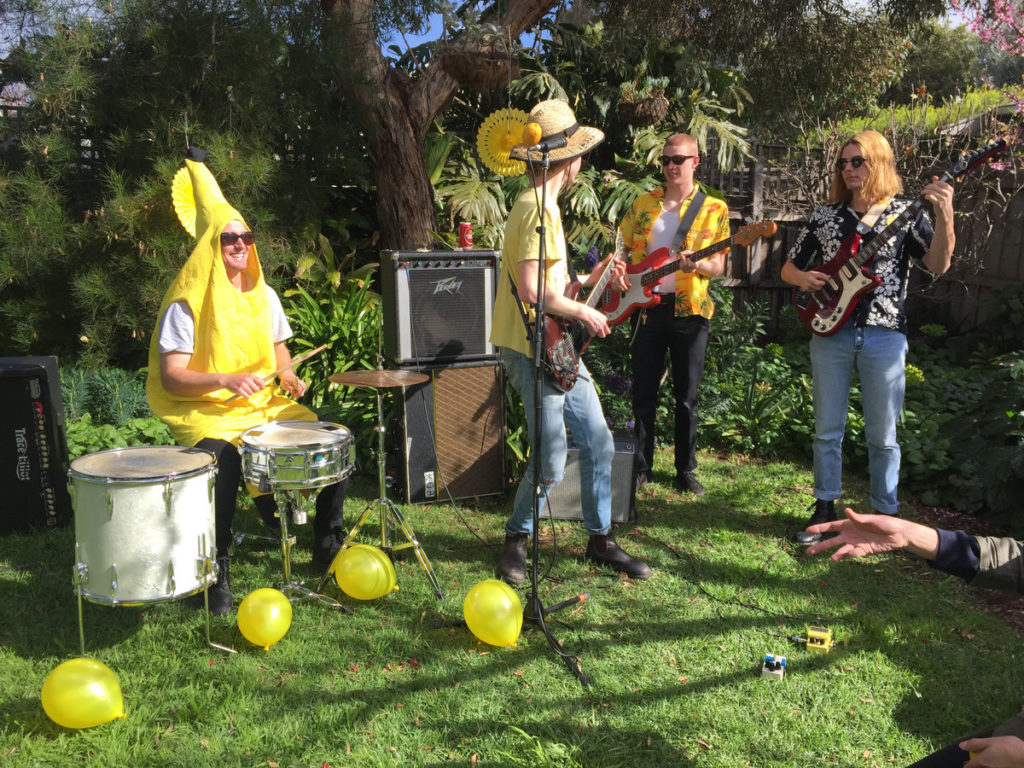 Forming in West Geelong in 2010 they started out in their teenage years as a strictly 60s garage band, playing shows with friends, The Frowning Clouds, Bonniwells etc.

2013 saw themselves a debut LP on in-house label Anti Fade that was well received. Catchy singles like Ways to Make A Living and Up And At Them found themselves some new friends. Shortly after it’s release they toured the Australian East coast in celebration of the record – and made some more new friends. Since – they have been lucky enough to play shows with bands like Ty Segall, The Sunnyboys, King Khan and BBQ Show and Thee Oh Sees.

At the beginning of 2015 they came through with their second full-length record, Living Large. This time released as a split between Anti Fade and England’s Agitated Records. Almost three years later the Eyes will cross the globe to that side of the world to tour Europe and the UK.

Modern Living is the band’s third LP and will be out in the later half of 2017.

The new record takes references to artists like The Monochrome Set, The Troggs, early Brian Eno, and of course Australia’s own Sunnyboys and The Saints