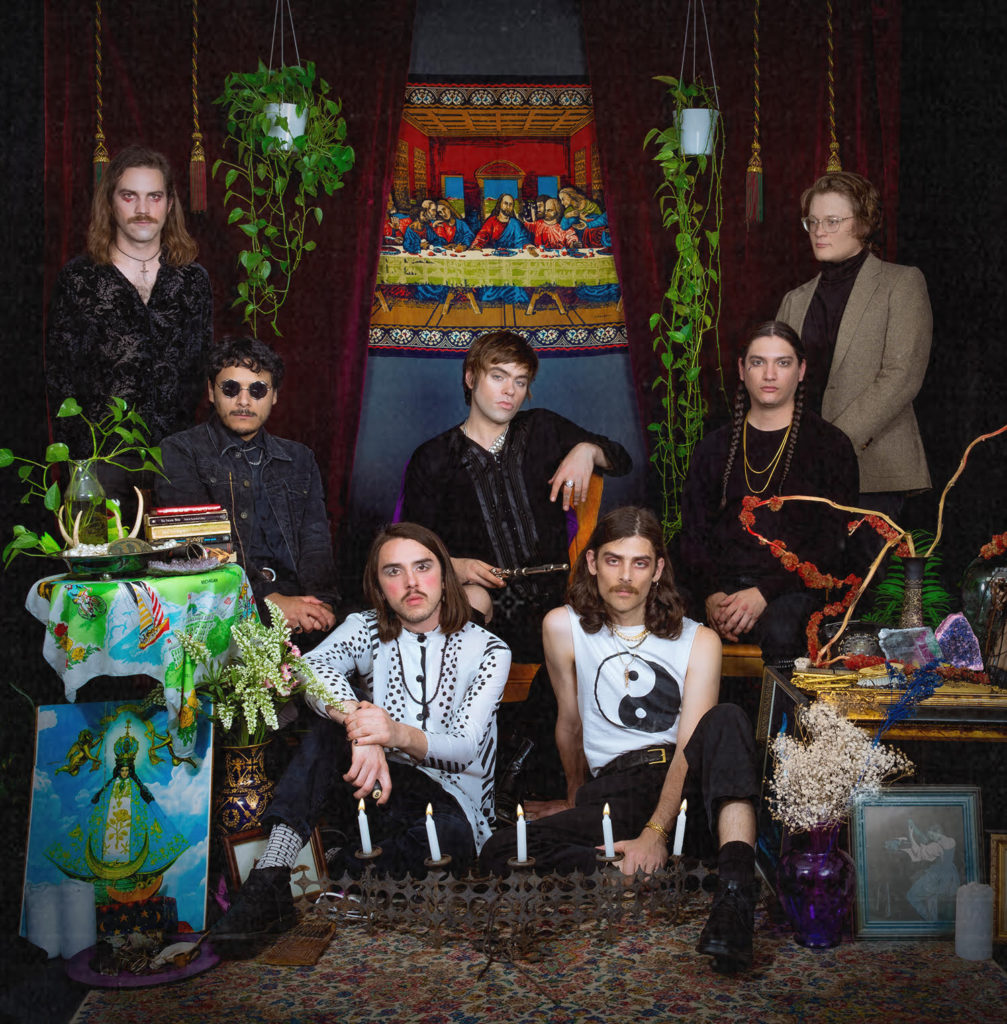 The wizard’s gaze cast over a distant landscape bits of ash and motes of incinerated earth float in the air the smell of ozone and fried metal sting the villager’s noses. But hope’s bell rings eternal! A flower of beauty is standing up in the sole ray of sun the clouds are withering away, retreating back to dark cloaks behind crusted-over frost-fractal windows. Darkness cannot usurp the crown light is king and will eliminate the darkness, chase it, out of the unfathomable corners and brush away the webs of evil…remnant factions will always remain but they will be hunted with pure magical riffage. These are the peaks and valleys of the mighty Nolan Potter’s Nightmare Band, conceptual in feel and flow a lovely lilting ride and then, up through the floor boards, a warrior incants into the frothing night a huge band, heavy and tumultuous like a war machine rumbling thru the ash clearing the way for folks to continue their idyll. Dreamy and lucid keys, strings, drum corps, slippery guitar and buff bass, ripe flutes and breezy vocals. For fans of Embryo, the Mothers, Pink Floyd, Mahavishnu Orchestra, Moody Blues, the Stark Reality, and Placebo. They’re from Austin, Texas but you’d swear it’s from 1972 Europa-Mothership. Like their vodka it surpasses expectations and fucking crushes.

If the Silvan elves of Mirkwood had a house band, Nolan Potter’s Nightmare Band would hold residence. Too cerebral for trolls and perhaps too dynamic for hobbits, the Nightmare Band is what you’d stumble upon around a fire deep in the forest, with a dozen or so of its creatures and elves equipped with everything from organs, bells, and flutes to electric guitars and synthesizers.

Like any conceptually ambitious creative project, the inception and launch of Nolan Potter’s Nightmare Band is one built on tenacity, timing, and kismet. Finding almost ten people in Austin, TX who want to be part of a large-scale prog-rock/jazz fusion project evoking the spirit of Middle Earth? Easy. Finding those same talented people who simultaneously have the time it takes to do it justice? Not so much.

It’s the fortunate cohesion of these resources and the group’s enrapturing live performances that led to the overwhelmingly anticipated and well-received release of their debut LP Nolan Potter’s Nightmare Band’s Nightmare Forever, out on John Dwyer’s Castle Records. Honing a sound nostalgic for several eras among several realms, the group features Nolan Potter himself on flute, vocals, and guitar; William Grover on guitar; Max Prudhomme on Bass; Reno Feldkamp on piano and organ; Doran Rawlinson on drums; Everett Bergstedt on percussion; and Charles Anderson on violin.

– The 405 “Making use of an eclectic assembly of instruments — double drumsets, flutes, strings, keys and ripping guitars — Nolan Potter’s Nightmare Band makes for a wild listen.”