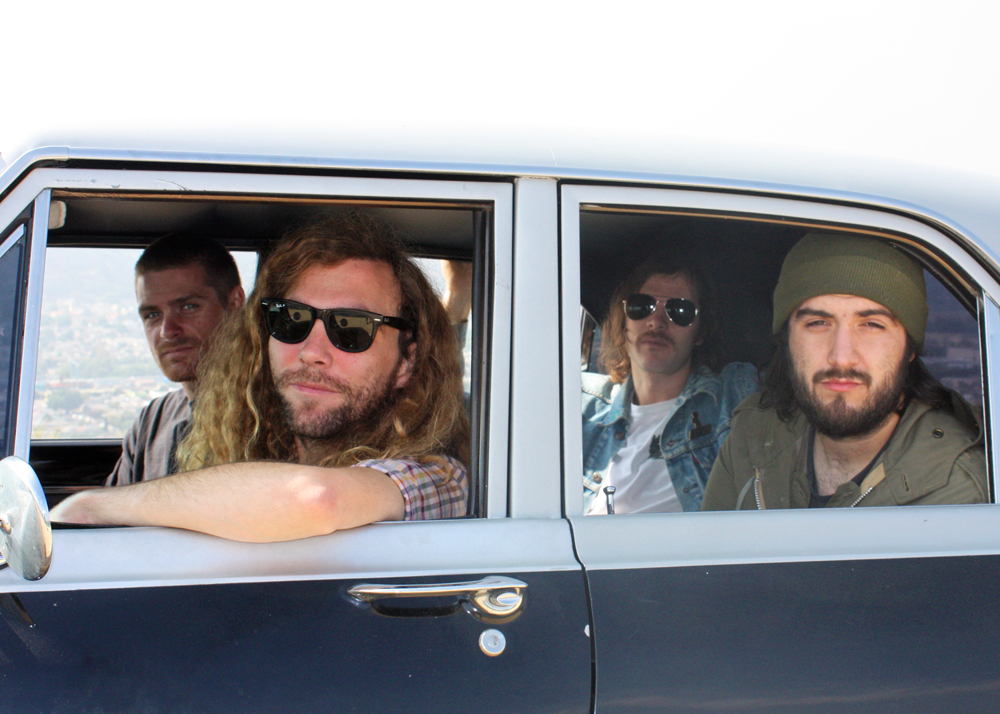 Up a dead end street just before you twist and turn your way up to majestic Mount Washington is a house of stairs and weeds and strays of all kinds. A large iguana remains perma-frozen in time on a brick wall, guarding a small iron door. Sparse and small, a place where time doesn’t matter and solitude is king.

Charles Francis Moothart II went mostly unseen for a month or two. A prisoner of time in a dimension of sorrow and confusion, Moothart was hitting a personal crossroads and nursing a brief and impermanent break up with his long time girlfriend/band mate by retreating, putting the pain from his head into his tape machine, stepping away from struggling for the answers in order to sit with them and pull from them. Greasing the pain to form relief. The only medicine was to challenge himself and sand down enough to break through the fear of failure. To see it all through to the end and find out what stood as truth.

Now, after the fog has lifted, upon returning, Moothart is sharing the souvenir of his travels to another dimension, a postcard from a dream in which time stood still, the girl got away and the wolf-man-glass-in-hand risked it all for the sea change.

“Still Life” is unlike any other record Moothart has recorded; the songs came quickly, were recorded as experiments and he went through the process alone. Previously Moothart’s bands have been collaborations from all sides, from his high school hardcore punk quartet Culture Kids with CFM band mate Michael Anderson to the toughest pop band in Southern California Moonhearts, to the fleeting garage rock band the Perverts with long time friend and collaborator Ty Segall. The monolithic super group Fuzz was the product of Charles’ master riffs marrying Segall’s songwriting prowess and unparalleled rhythmic style. A perfect meeting of minds of two musicians in their prime. Two friends with egos so intertwined in the midst of a five year touring spell in Segall’s band as his secret weapon, heard but not seen, hidden in tangles, the two became a tangled force themselves.

Sometimes you realize you must shed what’s most comfortable to find truth in yourself again and so Moothart has denied the comforts of being the sideman to give listeners a slice of himself. Moothart has recruited high school friend Michael Anderson to play guitar,  lone-wolf-jack-of all-trades Tyler Frome on bass and Audacity’s powerhouse drummer Thomas Alvarez to round out the rhythm section of this outsider band.