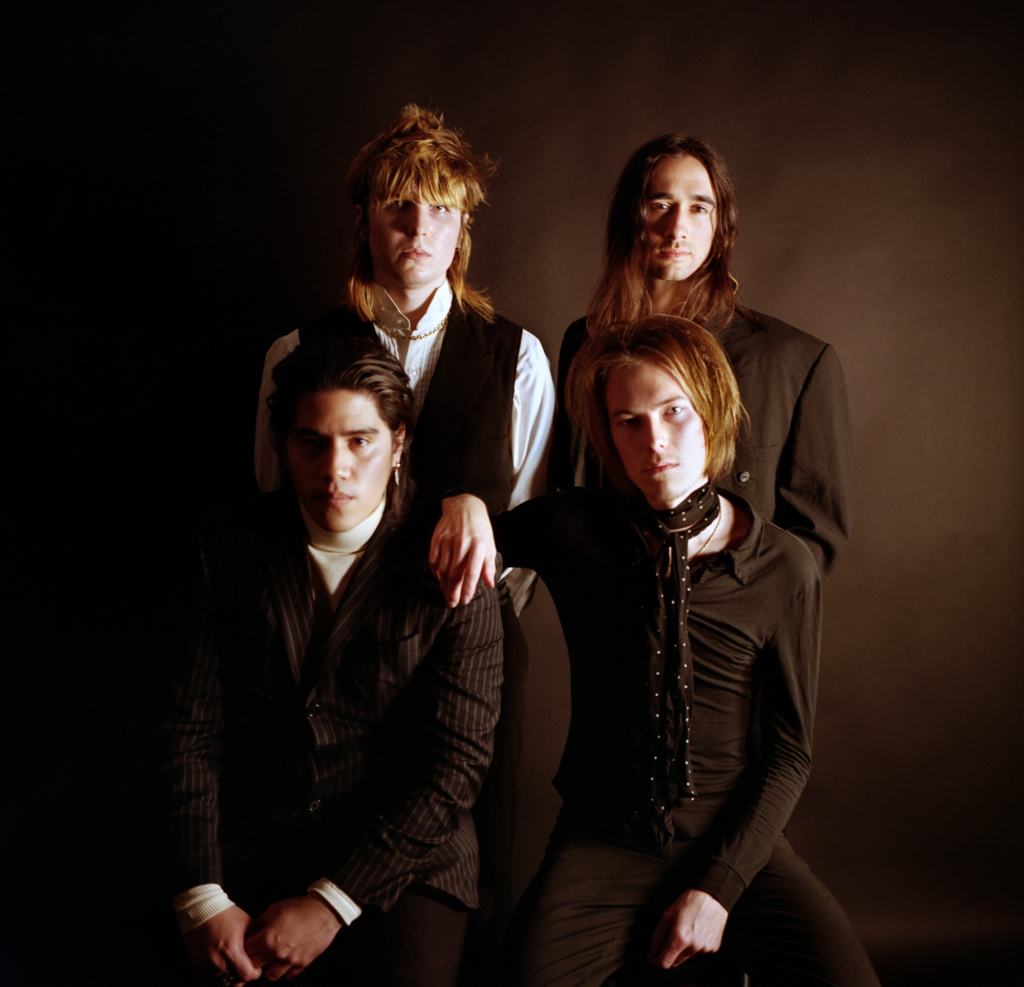 Beechwood dropped their debut album Trash Glamour (Lolipop! Records) in 2015, but it was with 2018’s Songs from the Land of Nod and Inside The Flesh Hotel (Alive Naturalsound Records) that they began attracting a significant audience outside of the NYC area. Centered around the close knit songwriting and guitar-weaving partnership of Gordon Lawrence and Sid Simons, also featuring Russ Yusuf on drums and recent addition Jensen Gore on bass -Beechwood’s 4th studio album entitled Sleep Without Dreaming is set for release in January 2022 on Alive Naturalsound Records.

Balancing the sonic edge of mid-seventies proto-punk bands such as NY Dolls and Television with the pop sensibility of classic rock groups such as the Kinks, Stones and even the Beatles, NYC rock band Beechwood is authentically rock and roll. Centered around the close-knit songwriting and guitar-weaving partnership of Gordon Lawrence and Sid Simons, also featuring Russel Yusuf on drums and recent addition Jensen Gore on bass – Beechwood’s 4th studio album “Sleep Without Dreaming” is packed with stellar songs and displays a sonically powerful production.

Whenever I listen to Beechwood, I am reminded of the depth they achieve and how fearlessly they let it all hang out there. “Sleep Without Dreaming” is really, really good. They’ve got something unique and cool happening here. – HENRY ROLLINS