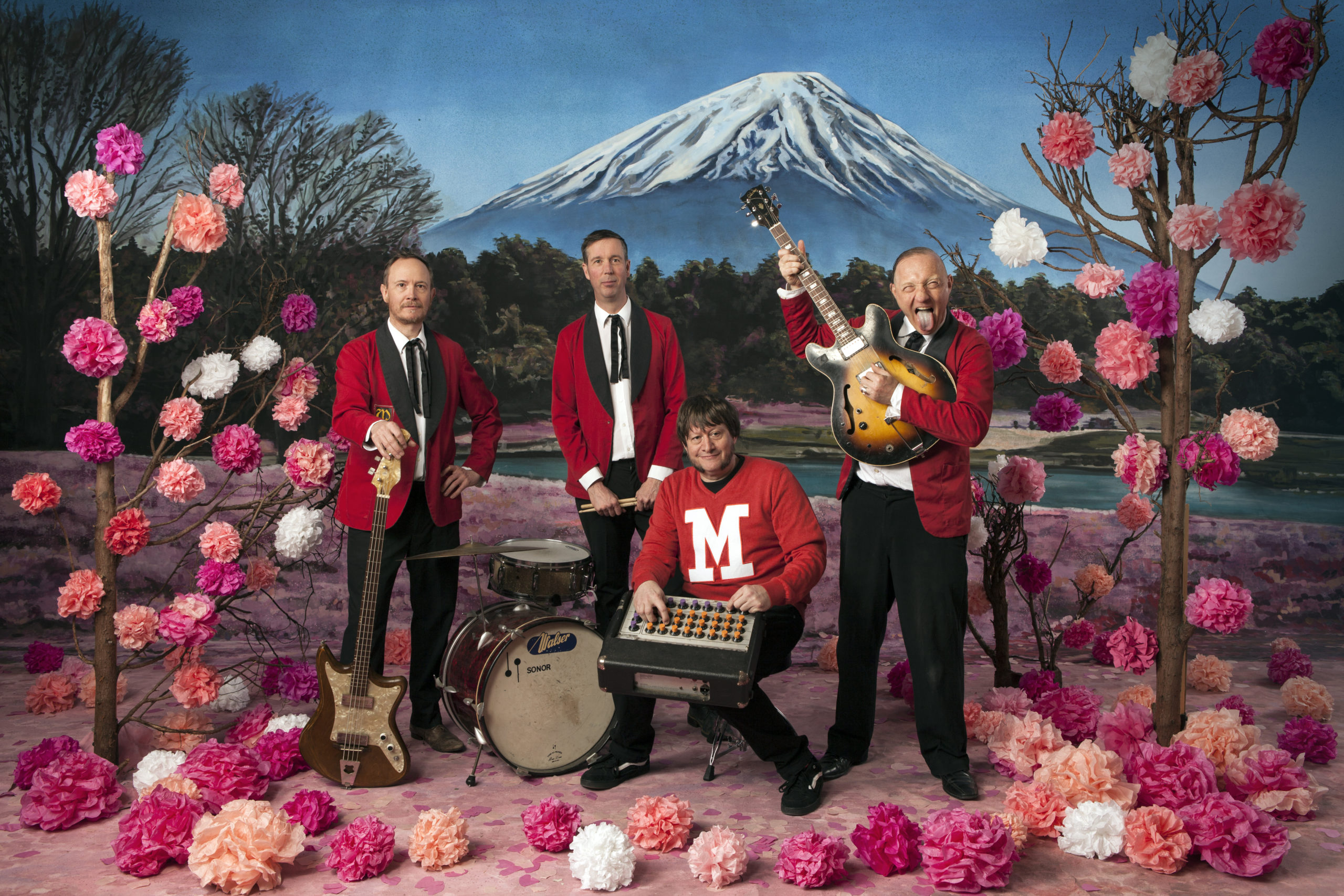 „The Monsters” were formed in 1986 in small-town Bern, capital of Switzerland. Their sound is a fuzzedout mix between 60ies garage punk, wild teenage trash rockabilly and primitive rock’n’roll. Its 187% no MTV and top 100 shit! The actual lineup is guitar, bass and the so- called clonedrum: means 2 drummers with only 1 1/2 drums, hitting thhe same bassdrum from each side.
Besides the countless shows in Switzerland „The Monsters” played extensive tours through Europe including Germany, France, Holland, Belgium, Italy, Austria, England, Denmark and Spain. In 2003 the band toured Argentina, Brasil and New York. The Monsters are a kickass live band who will burn every stage down.

Over the years „The Monsters” recorded 6 albums, several singles and ep’s and apeared on countless compilations. The record „Youth Against Nature” was recored in the now famous Toe Rag Studios (London) by Liam Watson and Robert Butler (Miracle Workers). „I See Dead People” came with a 1000-piece puzzle, booklet, sticker and button and was allready sold out during the tour.
The Monsters appear on Voodoorhythm Records, Switzerland. The label is famous for it’s taste and style, as it is for the beautiful artwork. Voodoorhytm is run by Beat-Man, who (by accident…) is also the singer and guitar player of The Monsters. Beat-Man played – and still plays – in other projects called Lightning Beat-Man, Reverend Beat-Man, Die Zorros and some more. As a one-man-band he toured all of europe, played venues such as Jazz Festival Montreux, Frat Shack, Dour Festival, Eurocene and Las Vegas Grind (USA) on the same bill with acts like Dick Dale, Public Enemy, Ramones, Prince, Ramstein, Bob Log III and more.

‘N’ROLL TRASH…
GO SEE THEM LIVE ON STAGE…. THEY BLEW YOUR BRAIN AWAY WITH LOTS OF CHAINSAW MASSACRE GARAGE PUNK AND PRIMITIVE ROCK’N’ROLL TRASH