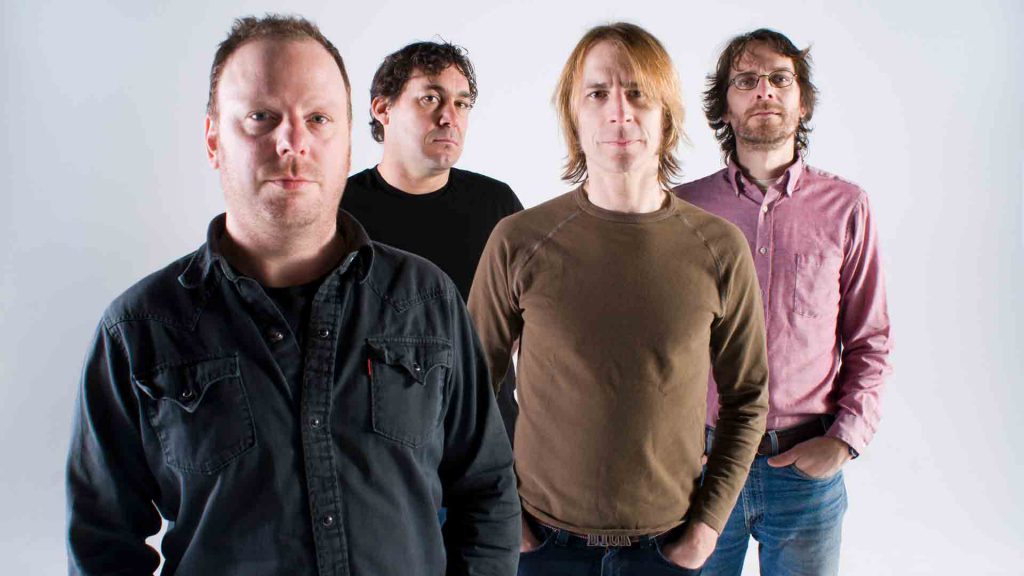 Since the late ’80s, Mudhoney – the Seattle-based foursome whose muck-crusted version of rock, shot through with caustic wit and battened down by a ferocious low end – has been a high-pH tonic against the ludicrous and the insipid.

Thirty years later, the world is experiencing a particularly high-water moment for both those ideals. But just in time, vocalist Mark Arm, guitarist Steve Turner, bassist Guy Maddison, and drummer Dan Peters are back with Digital Garbage, a barbed-wire-trimmed collection of sonic brickbats. Arm’s raw yawp and his bandmates’ long-honed chemistry make Digital Garbage an ideal release valve for the 2018 pressure cooker, its insistent rhythms forcing movement and Arm’s sardonic lyrics offering a funhouse-mirror companion to the ever-more-ridiculous news cycle. “My sense of humor is dark, and these are dark times,” says Arm. “I suppose it’s only getting darker.”

Recorded live during their 2016 European tour at shows in Germany, Croatia, Sweden, Austria, Norway, and Slovenia LiE is the first unlimited- edition, non-bootleg live Mudhoney album to date. January 1st, 2018 marks Mudhoney’s 30th anniversary, and this release is a fitting start to a year that will also see the release of a new Mudhoney full-length. This album’s 11 tracks span the band’s storied career, and include their live cover of Roxy Music’s “Editions of You.”