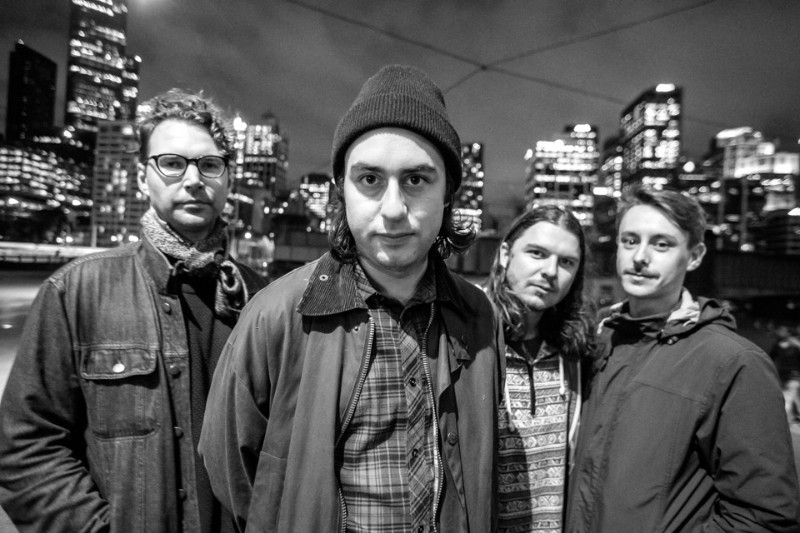 “Melbourne post-punks Bench Press will release their new album Not The Past, Can’t Be The Future on June 28 via Poison City Records. Soon after, the band will take the album out on tour around Australia and New Zealand in July / August.

On their second full-length, Bench Press have refined their sound by maintaining some the frantic aggression of their self-titled debut, but have also brought a tighter approach to both melodicism and structure. Almost every song clocks in at under three minutes as a testament to their ‘don’t bore us, get to the chorus’ philosophy. Bench Press project the wirey minimalism of early Talking Heads and Devo through a lens of heavier late-80s contemporary post-punk in a distinct shade of Melbourne garage. What was once easily categorised as post-punk can just as accurately be described as ‘really, really loud pop music’ and it’s really, really good.

The second taste of Not The Past, Can’t Be The Future comes via “Old. Self. Doubt”, which perfectly exemplifies the Bench Press ethos – it’s short, sharp, clean and loud.”